ALBUM REVIEW: Thyrant mix it up on What We Left Behind

SOMETIMES something wonderful drops for review; a surprise, a delight that comes at you so far leftfield it bowls you over.

With nary a warning Thyrant landed for listening, and it has to be said that this début, 'What We Left Behind' from a Spanish five-piece that almost defies classification.

They take what they want from the past, throw it into a blender and come out with an album that is stunning. 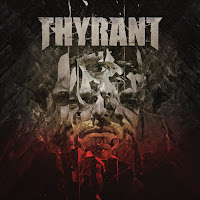 Indie Recordings have scored a major victory nabbing this crowd, as they do what so few manage on the metal scene: they have merged so many styles in one eight-track release yet produced a coherent album.

On 'What We Left Behind' you will find thrash, death, classic metal and twin guitar attack á la UFO and Lizzy. All overlaid with Daniel Pérez's growling vocals.

By the second track 'Endless Hunt' you cannot help but be hooked. J Mérida and Miguel Navorro give a masterclass in adaptability throughout.

From Maiden to Obituary, Priest to Death it is clear Thyrant are well versed in their heritage, but they are not confined to repeating the past. Instead they put their own stamp.

'Hard Boiling' is an outstanding piece of music, opening with a blend of black and death, before a slowed down, almost doom section, a breakdown perfectly timed and two guitars welded together in the melody.

The bleak title track is a slowed down showcase of how to arrange a track, as is the telling closer 'E.O.S.' - those lead runs are so well measured,

The lyrical content on 'What We Left Behind' may be filled with despair and the doom of humanity but this album is a joyous celebration of metal.

Thyrant are the real deal. 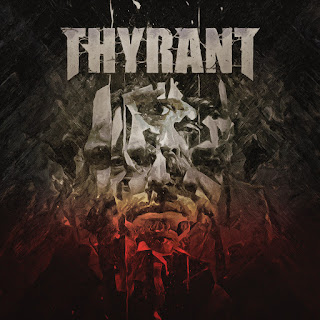 Email ThisBlogThis!Share to TwitterShare to FacebookShare to Pinterest
Labels: Thyrant, What We Left Behind