ALBUM REVIEW: Selene push on to the next level on The Ravages of Time

WHEN you hear the term 'symphonic metal' sometimes there is a tendency to go back to the progenitors of the genre and compare it with newer acts, which is both unfair and unjust.

The depth and the breadth of the genre belies the fact that with an ear there is more to be heard, but more than that it is a demanding type of metal to tackle. 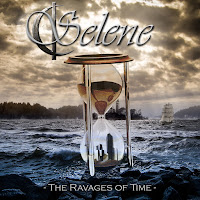 With just a few years under their belt Selene have managed to make a name for themselves with their début release 'The Forgotten' and a couple of eps. Faced with the challenge of a second album the band have knuckled down and produced a solid set of 11-songs.

But 'The Ravages of Time' is not just a solid set of tracks. It is a powerful statement that Selene have cemented their reputation as a force to be reckoned with.

Within are the operatic -with a Celtic twist - heartfelt vocals of Shonagh Lyons, urging each emotion whether it be on the stomp of 'The Great Heart' and 'Ashes' or the plaintive 'This Life'.

The strength of the arrangements are evident throughout, with flourishes and riffs not crowding each other out. At no point does the listener ever feel overwhelmed as, despite some outstanding playing, there is sufficient separation to allow tracks to breathe.

John Connor's work on guitar is, as always stunning, with some of the sweep playing and runs eye-wateringly good. Allied to his keyboard work and Thomas Alford's bass work it is a potent combination.

What keeps it above many contenders is there is still enough 'metal' there for it not be lost amongst the sounds that could have become clichéd. No clichés are in evidence, just a band comfortable in their groove and willing to extend their reach.

Maverick's David Balfour joins Shonagh on 'Burning Bridges', which opens with a neck snapping intro and solo before settling into a rampant track that sees Balfour extend himself.

That's not to say there are not minor points where improvement could be made as on one or two tracks the drumming sounds a little metronomic against John and Thomas' rhythm work. Thankfully it is just an occasional dip, which is easily rectified live and on future releases.

The real statement on here is the closer 'The End of Time', with its atmospherics, a doff of the cap to others and stamping the Northern Ireland band's own mark firmly on it. Within its 10-minutes the sense of epic storytelling, married with moments of delicacy married with power at the right moments.

'Ravages of Time' is a release that will have many sitting up an noticing what Selene are, and more importantly where they are going. 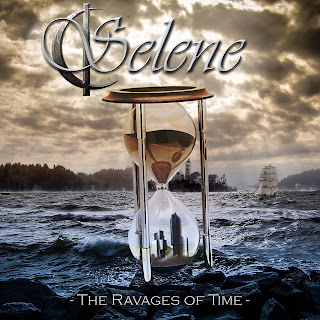