WHEN you have been part of the power metal hierarchy for almost 32 years there's very little to prove, but as Helloween have shown in recent months there is still scope to churn out valid and varied output, something which Rage prove on their ep 'My Way'.

With a new line-up assembled by founder Peavy Wagner ahead of album releases and touring this ep is a literal taster: two new tracks and two re-recorded releases. 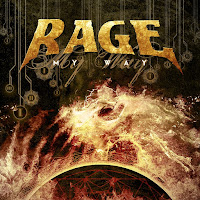 The titular track 'My Way' features all the Rage staples; power riffs, rolling verses and a big chorus. Sure, there's nothing particularly new about it, but it does extremely well. It is one of those tracks that stick in the back of your brain and refuses to go away.

The other new track is the splendidly titled 'Apuesto A Ganar', which is basically the same as 'My Way' in a different language. Value for money? Are you bi-lingual?

The two re-recorded tracks 'Back in Mind' and 'Sent by the Devil' are just tweaks to the original versions, but are a clear hint that both will feature in their tour and festival slots.

The point of this release remains moot. The new track is great, and hearing Rage are back on the roster of Nuclear Blast for an album in four or five months time is good news, but we could have all enjoyed the anticipation until May time.

Or is it just a means to make sure fans can singalong with the new song ahead of the new platter of Rage power metal?