IT'S a weird thing, doom, miserable, gloomy metal can make a crowd of long-haired assholes very happy. A team of neuroscientists once trued to figure it out but ended up swallowing a keg of beer and ended up very slowly headbanging and grinning.

And, let's face it Paradise Lost aren't the most musically cheerful fuckers. Still, they make us happy in their gloom. With another visit to Belfast for the Yorkshire crew the Limelight had a nice, friendly buzz to welcome then - the neuroscientists having fled earlier to give each other CAT scans and another keg... 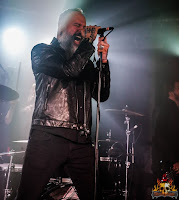 Just to get everyone cheered up...oh wait, first up was Owlcrusher with more sludge and doom than was healthy for a Tuesday evening. The wails and post-sludge wall of noise kept all on tenterhooks as to whether the walls in Ormeau Avenue were about to implode.

Owlcrusher are not easy listening - nor easy to listen to. But that's the point. The sonic attack challenges listeners to delve into their inner dark heart to find out what beats within.

Sweden's Outshine are a band that have had more than their fare share of travails. One glance at their biog and the liner notes on their release make no bones about where they lay the blame.

Having toured with Paradise Lost in the past they are familiar with hitting the stage running, no fuss, no shenanigans. Jimmy Norberg's guitar weaves a path through Type O style vibes, melodic style á la In Flames, and a dash of Tool.

Tony Jelencovich is commanding as a front man while Outshine as a band form a coherent force that win over the audience within a few tracks. A return to Belfast would be most welcome.

Ahh - Paradise Lost. Enduring, fiercely protective of their sound and musical integrity they are always welcome visitors to Belfast and, to their credit, always try to pencil Northern Ireland dates in.

With their most recent album 'Medusa' on Nuclear Blast earning deserved plaudits and a re-mastered 'Host' to be issued in mid-March, and for the first time on vinyl the band are clearly on something of a roll.

And, from the moment the opening chords of 'From The Gallows' rolled out of the speakers it was clear that the adulation for Paradise Lost has not dimmed one bit.

Holmes stalked the stage like a hungry predator, flanked by a pack of eager hyenas, seemingly ready to pounce. It was a consummate demonstration of metal - not so tight as to be rigid, not too loose to be sloppy.

Whether it was the title track of 'Medusa' or delving into the back catalogue all songs were executed with aplomb, as Mackintosh and Aedy flayed all in their path.

An inexplicably long wait for the encore left many in the crowd be bemused as the chants faded out in the vacuum of not knowing what the hell was going on. But, was the wait worth it? Of, course it fucking was.

Given their reputation for gloomy, melancholic metal the audience filed out into the February night bedecked in grins and amiable chatter. Go figure, but Paradise Lost fans don't care after an evening such as this. 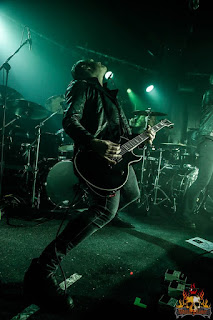 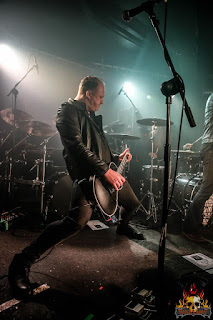 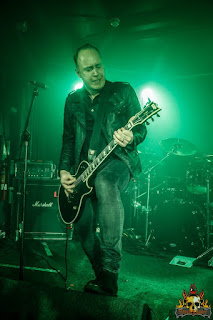 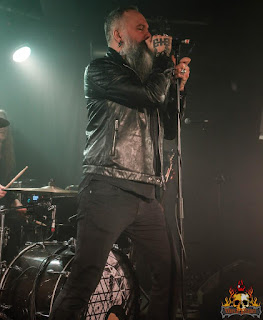 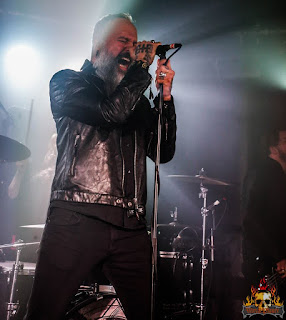 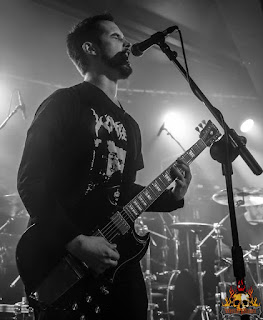